Here is a list of six common pie mistakes that bakers make when baking homemade pies.

Whether you are a seasoned baker who wants to avoid common pie mistakes, or you are excited to tackle your first pie, you’ll want to brush up on some pie baking do’s and don’ts so that you can get the very best results from your efforts.

Read on to learn what not to do if you want a flaky pie crust and a perfectly baked pie so that your pumpkin pie or holiday pie can be the best pie you ever bake. 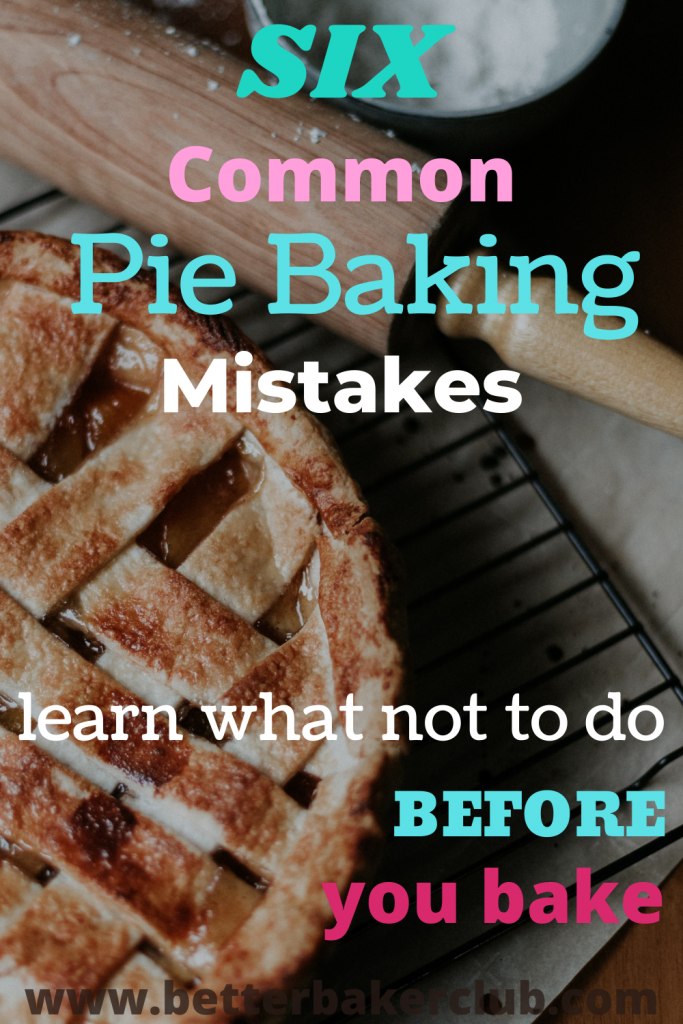 A soggy crust burned edges, and a runny filling: that could be your pie! Don’t let your pie baking efforts disappoint you. Check out my list of common mistakes and you’ll be better prepared to bake your best pie ever this holiday season.

If you think all pie recipes are the same, think again. Starting with the best recipe will set you up for success. Use a pie crust recipe that has some butter and some shortening in it. This will produce the flakiest crust with the best flavor.

Want to get your hands on my award-winning pie crust recipe? I just put all the secrets to my first place winning pie crust in this new book called Bake Better Pies. Grab my book! If you’re the type who learns by watching, you’ll like that the book even has video links to each of the key steps like making a flaky crust!

Not letting your pie dough rest and chill in the refrigerator will result in a crust that shrinks and melts when it bakes. Plus, if you bake the dough right after you mix it, the gluten won’t have time to relax and it will taste tough, not flaky and tender.

For best results, chill the crust ingredients before you start mixing to keep the dough even colder.

The best place for your pie to bake is on the bottom rack of the oven. That’s usually the warmest spot, and not baking at a hot enough temperature will result in a soggy bottom crust.

And while we’re talking about oven heat, If you don’t get that browning on your crust, you’re missing out on the extra flavor from the Maillard Reaction. Just picture how much better-toasted bread tastes, versus a slice of plain bread. Get the browning and get more flavor.

Imagine cutting into your beautiful pie only to find that the fruit filling is runny and soupy!

If you don’t use the correct thickener, this could happen to you. You may have seen different thickeners mentioned in various recipes, so which one is right? Think flour for hearty fruits like apples, cornstarch for delicate fruits like berries, and Tapioca if you’re going to precook your filling.

Which one is the best? The best-kept secret of professional pie bakers is a thickener called Clear Gel. Clear Gel works like cornstarch but without the starchy aftertaste. It is also great if you need to freeze your fruit pies before baking.

If your pie crust turns out tough or too hard, you probably overworked the dough. Overworking can happen during mixing or rolling. If you mix the dough for too long or add too much water you can end up with a tough dough. Using too much flour and over rolling can also lead to a crust that tastes like leather.

A good tip is to lightly flour your rolling surface and only roll from a 12 o’clock to 6 o’clock direction. Every few rolls, rotate the dough one-quarter turn until you have reached the desired thickness. 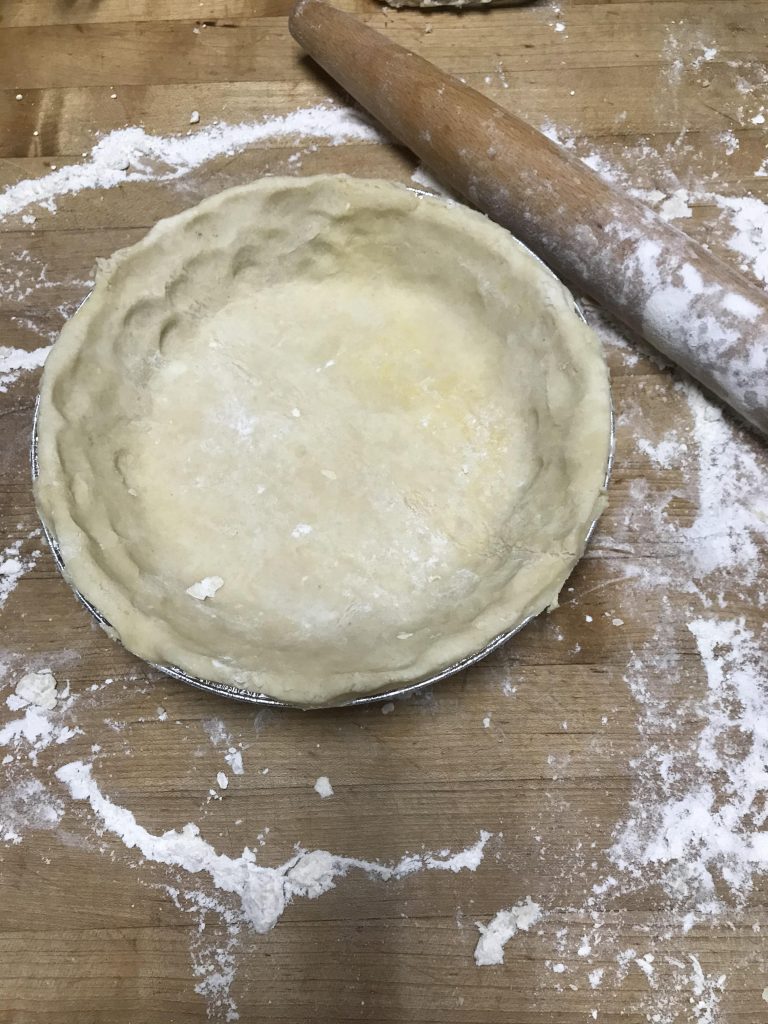 Piling the fruit too high will cause it to overflow while it’s baking. As the juices start to bubble, they will pour out of your top crust and create puddles of soggy dough.

There is a big variety of pie pan sizes and depths out there. Play it safe and double-check your pie pan size with what the recipe is calling for.

Now that you know how important it is to use a good recipe, chill your dough, and handle it lightly you’ll be more prepared to bake a great crust. Using the right thickener, the right pie pan size, and baking your pie on the right shelf of the oven will give you a pie you can be proud of.

For another great pie crust recipe, check out my Dutch Apple  Pie Recipe with an easy Press In The Pan Crust! 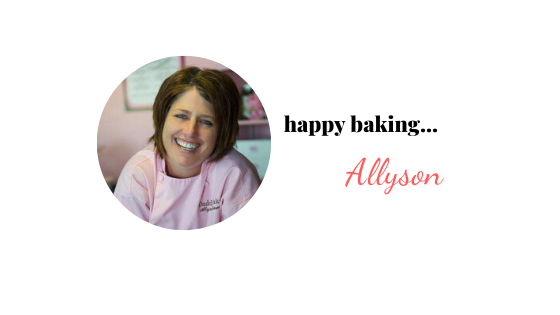 Are you ready to learn more about the art of pie baking?

In my latest ebook, Bake Better Pies: my secrets to baking pies like the pros  I cover all of these topics and many more.

” I honestly have not had Apple Pie that good…..EVER!!”

” Oh, that’s good. I can almost taste the Fall”

Recipes for traditional favorites with a twist like Pumpkin Praline Pie, Chocolate Banana Cream, Blueberry Rhubarb and so much more!

Includes a link to a video series with a step-by-step tutorial for baking the flakiest pie crust and everything I did to win first place with my Tart and Tangy Apple Pie! 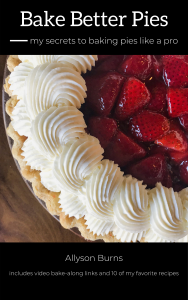 Check Out My Latest Posts