I got caught shoplifting when I was 12 years old. I wasn't stealing gum, candy bars or teen magazines like some kids did.  I was caught stealing a bag of cat food and a can of refried beans. For a good part of my childhood, I was without access to a reliable source of food, and worried about where my next meal would come from almost daily.

One day, when my mother was out of the house I decided I was going to put a “real meal” on the table for dinner.  My plan was to catch a fish in the river across the street, and bake a loaf of bread with some flour I found in our cupboard. Well, I caught the fish and baked the bread and my mother was delighted with what I had done. She kept saying…I can't believe you baked a loaf of bread! I still remember that feeling of approval and delight I felt from baking something for someone else. To this day it's one of my best food memories! 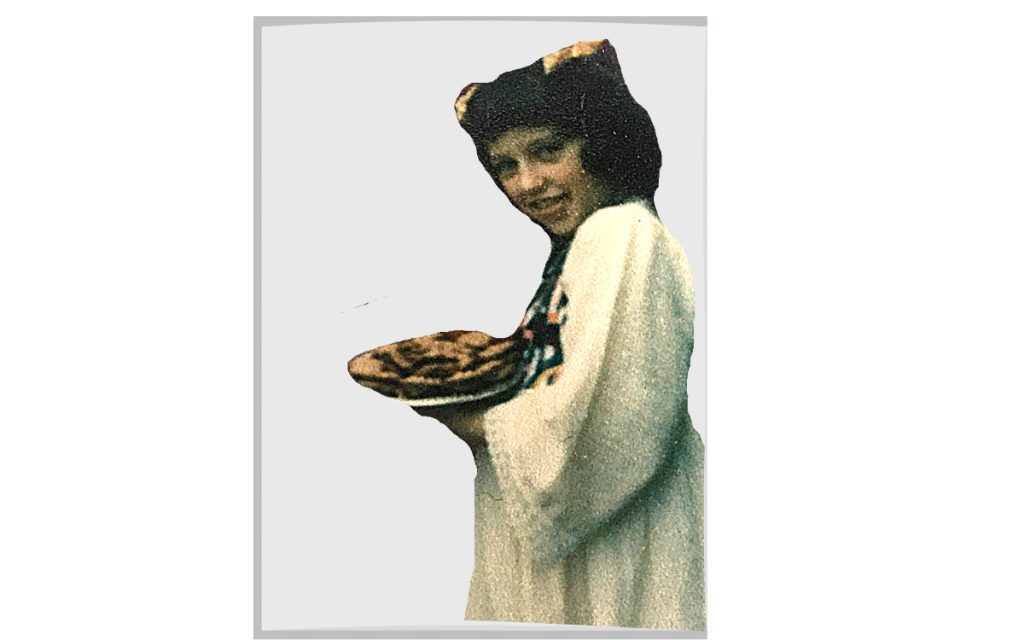 I spent many summers of my pre-teen years selling lemonade on the golf course. I set up a small table on hot summer afternoons and sold glass after glass of homemade lemonade. I developed a strategy early on. I positioned myself on the back 9 where golfers were the hottest and most tired. Ice cold lemonade was irresistible to them! One year I even branched out into two stands. I hired my friends to sell my lemonade a few holes past where I was, just in case the golfers wanted another glass! I loved making the golfers smile but counting my money at the end of the day was my favorite part! It was on the golf course selling lemonade that realized how much I loved the freedom that making money gave me. The entrepreneur in me was born!

My love of baking and obsession with entrepreneurship helped shape what I wanted to do with my life. I was going to open a bakery. Someday.

I decided to study baking by working for some of the finest bakers I knew. I was passionate about learning as much as I could in every facet of baking. From being a pastry chef in a 4-star fine dining restaurant to helping a start-up cookie company streamline its production, I viewed every baking job I had as an opportunity to get closer to my goal of opening my own bakery and being the boss like I was in my lemonade stand days.

My studies even took me to France as an apprentice boulangere. While immersing myself in my studies, I met and married a French pastry chef. We had a plan to move back to the United States and open a family-run bakery as his family has done for 3 generations. We packed up our belongings and our toddler and relocated to the midwest. Our plan was to work for an employer until we got settled and then start planning our own bakery.

Things took an unexpected turn when we were laid off from the company we both worked for. Without warning, they decided to terminate their pastry and baking division and close their kitchens.

We both knew that it was now or never and this was the spark we needed to finally open our own bakery. We launched a home bakery the very next day. We contacted every wholesale client from our employer and told them that we would be able to provide the same products under our new company. Overnight we had 10 regular accounts that ordered from us daily.

The business was going great and sales were increasing month after month.  People were asking if they could buy our French pastries directly from us, instead of at the dozens of cafes and shops that we sold to. 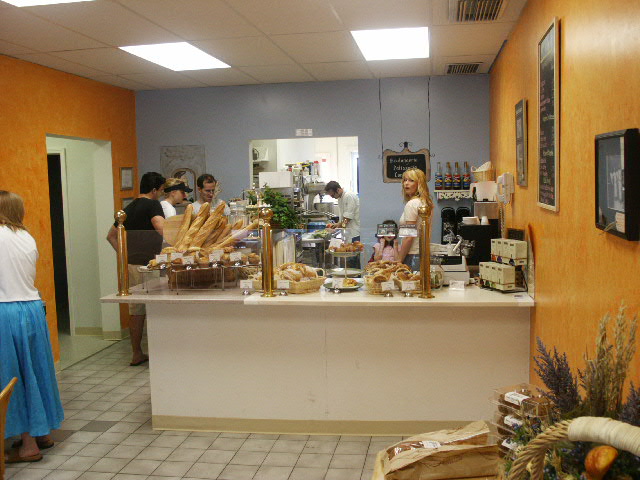 This led us to decide that it was time to open a brick-and-mortar shop. We opened on a shoestring budget and were offered help from customers, vendors, and the community.  Opening our bakery was a dream come true.

About the same time that we were opening our bakery, I was expecting a new baby. We had struggled with growing our family. I had conceived two babies over 3 years with rare genetic abnormalities. Those pregnancies and losses were excruciating for me and I felt unsure about becoming pregnant again. I waited on pins and needles for my 4th child to be born, and was blessed with a healthy baby girl!

But my happiness was shadowed by what would happen next. One night my husband was late coming home from work. The kids and I drove down to the baker to get him thinking he was working hard and lost track of time. He was nowhere to be found. I went home and put the kids to bed, worried sick. Later that night I received a call from the county jail and he told me he had been arrested. It turned out that my husband had been living a secret life and had gotten himself into a lot of trouble with an undercover cop on the internet. So he sat in jail until I was ready to post bail and I was happy to let him stay there for a good long while.

I had no choice but to pack up my 7-year-old and my 3-month-old and go into the bakery to bake for the morning's orders.  I laid down an inflatable mattress and the kids slept while I baked. We did this night after night. They would sleep and I would bake hundred of croissants,  danish, muffins and scones to be delivered bright and early in the morning. They would awake to the smell of warm croissants and get treated to their favorite steamed almond milk for breakfast. Thankfully they were too young to understand what was really going on and for them it was fun. The business was our only income and we needed to keep our wholesale customers happy so this became a way of life for us as my husband's case became more tangled and complicated. 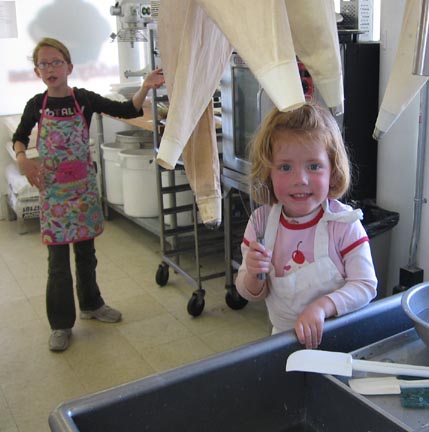 Not being an American citizen he had few options for a positive outcome and chose to return back to France and leave me and the girls and our family bakery.

I was devastated. The dream I had held for so long was crumbling before me as I was forced to admit that I could not do it all. I was torn between choosing to be a good mom, a dedicated baker, and an aspiring entrepreneur, all while feeling heartbroken about a failed marriage.

As news spread about the crimes my husband had committed, I watched our customers fade away. News reporters, curious friends, and long-time customers were hounding me for more details. I needed to find some peace for myself and my girls and chose to sell the bakery and cut my losses.

Thankfully I had built a solid, sustainable, profit-generating business with 20 wholesale accounts keeping our sales consistent and a bustling retail shop that was always full.

The bakery sale allowed me to finally slow down and enjoy time with my children and think about what I wanted to do next. I felt robbed of my dream to open a bakery because I hadn't had the chance to really see what that bakery could have become!

One afternoon while meeting a friend for coffee, I saw an adorable empty retail space and could not stop thinking about how perfect it would be as a bakery. 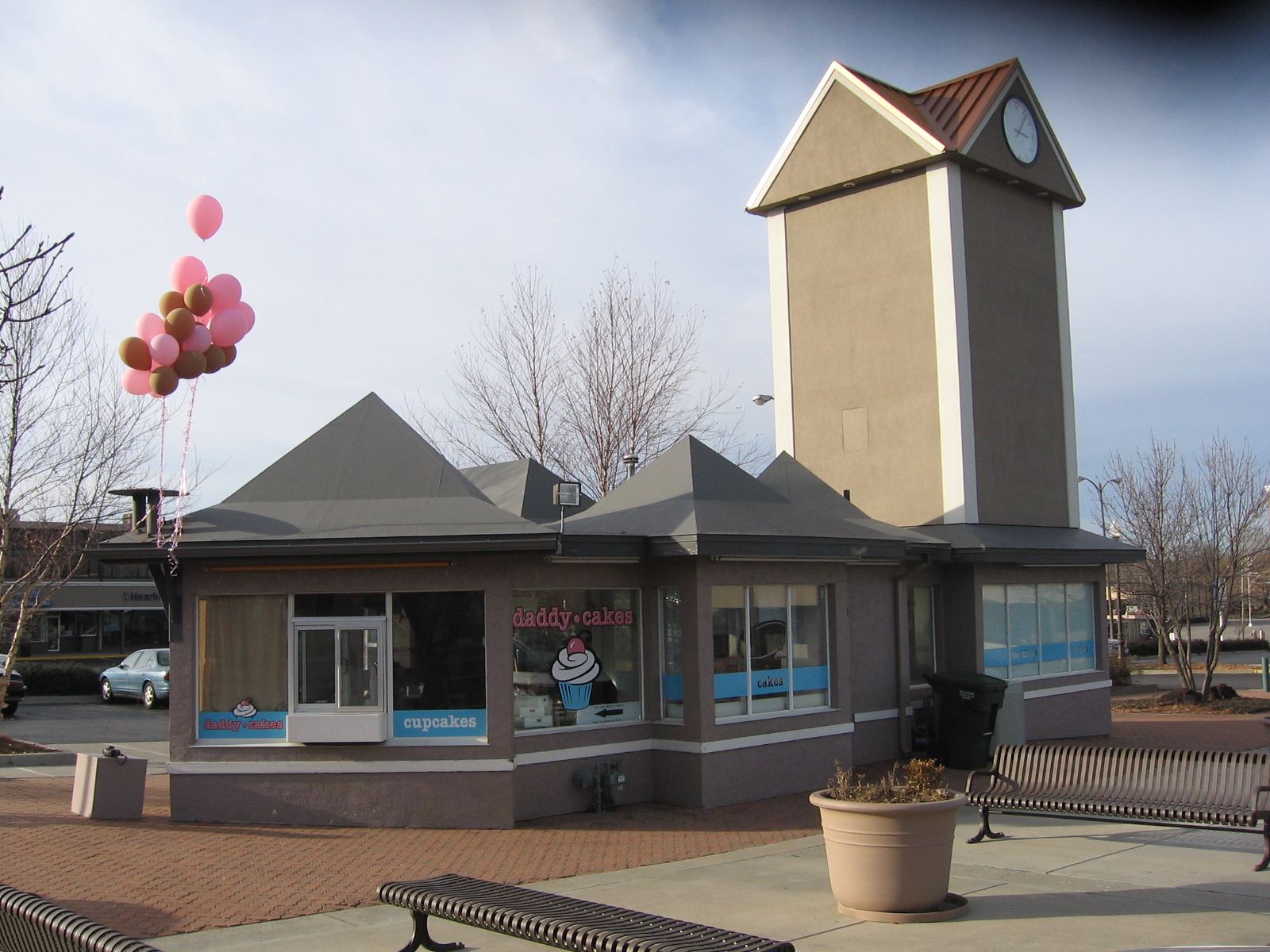 I decided I was going to open my dream bakery again, But this time I was doing it my way. I went as far away from classic French baking as I could and landed on the idea to open a cupcake-only boutique. Things started out great and just got better. I frequently had a line around the building. I had raving fans who swore that I put something addictive on my buttercream frosting!

Not long after opening I was contacted by Racheal Ray magazine and was told that they had selected me as one of the top 5 cupcake stores in the country! Because of the publicity and the booming cupcake trend I was outgrowing my tiny 700sq ft. building. I had just signed a lease on a bigger location when the Food Network called and wanted me to be in a brand new show called Cupcake Wars. 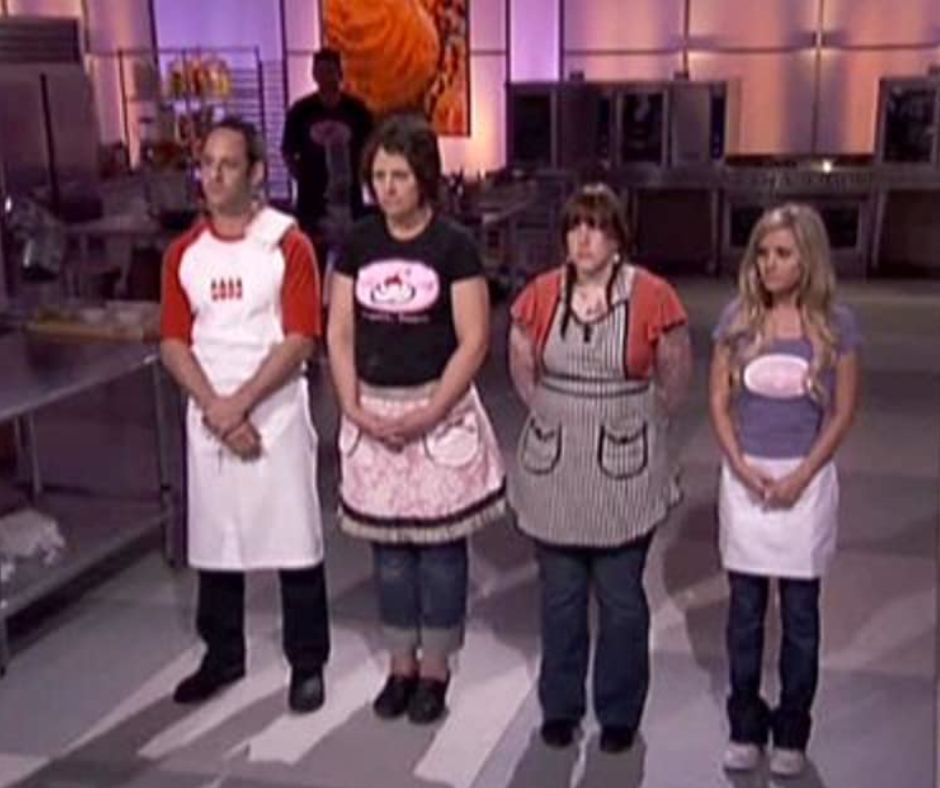 Things were really working out for me and I was doing it all on my own. Inside I worried that it wouldn't last but when I surpassed the sales milestone of my previous bakery I knew this bakery was the real deal. I went on to open a second store in a neighboring town, and then a third shop in a college town 75 miles away. I had my own chain of cupcake shops and they were thriving!

I began working with a business partner with the goal of franchising the company.  My third shop was opened as a franchise prototype. Everything was set for the parent company to take over the expenses of the third store and I would continue to own my two other locations.

Sadly though, my fears of the cupcake trend dying down were coming true and I had overextended myself with 3 locations. Investors started pulling out as my sales dipped and I had to face the reality that my sales were not what they used to be and the cost of running 3 stores was taking a toll on the business financially.

I closed my shops feeling devastated, but deep down I knew that I had done something amazing. I learned so much, I had amazing employees, customers became friends, and the entire thing was an incredible experience. I loved that cupcake shop and always will. But I had no idea what my next step would be.

I took a job managing a bakery and used many of the skills I had accumulated over my 15 years of owning a business. Even though I wasn't the owner, I felt like this was something I could do for the remainder of my career.

Until one day in my backyard, I decided to hop over a 4 ft garden fence.  My foot got stuck and I came down at a hard angle breaking my leg in about 15 places. What followed was more than a year of crutches, wheelchairs, and walkers. I endured 6 surgeries, extensive physical therapy, and a bone infection. In fact,  I consider myself very lucky not to have lost my leg entirely. During this time I relied heavily on those around me to care for me. My husband would stay up late and wake up early to inject my port with liquid antibiotics to fight the infection that was threatening my leg and bone recovery. 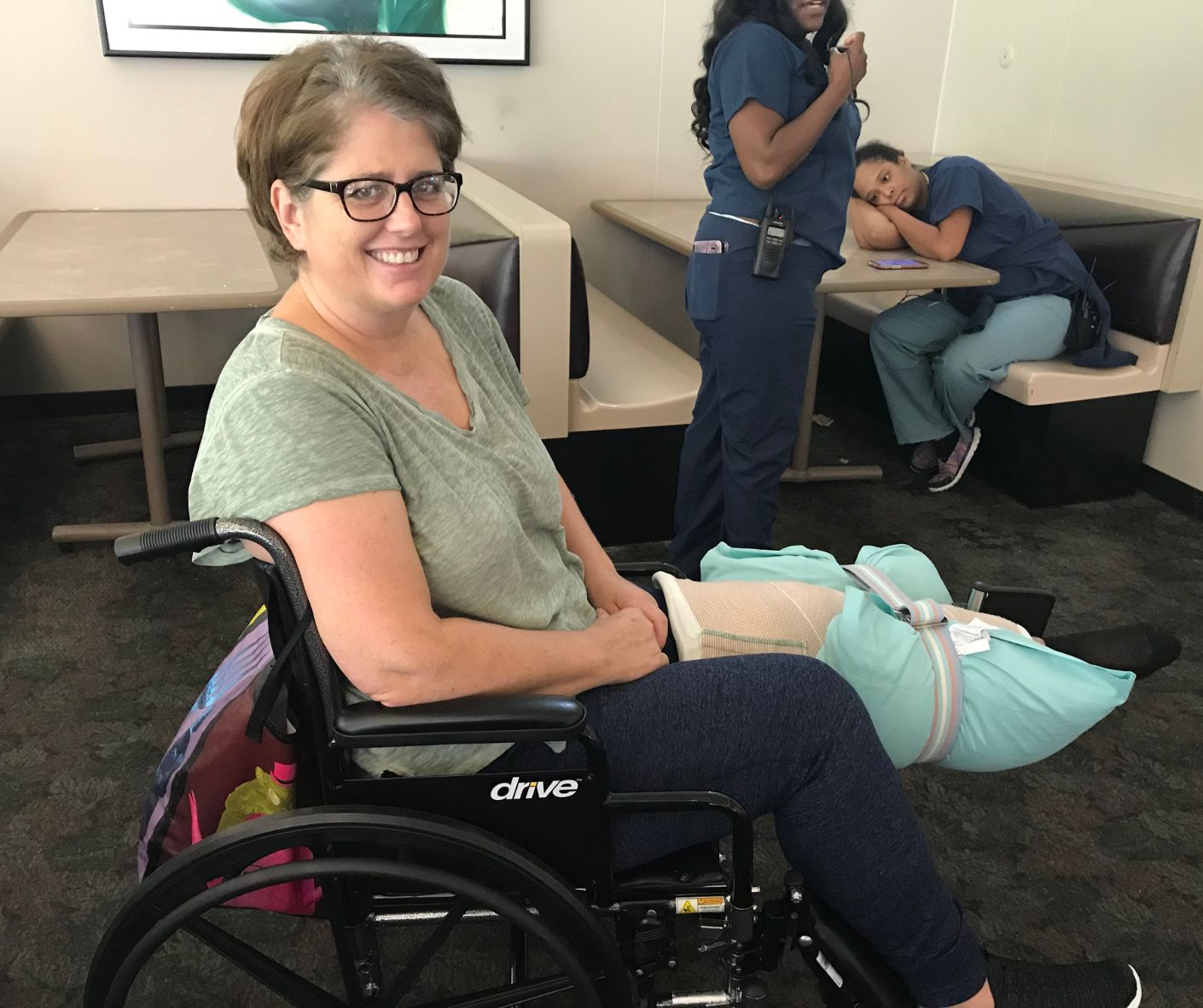 Although  I will never again be able to stand in a kitchen for hours and bake like I used to, I found a light at the end of a very dark tunnel. It was in those long hours of recovery sitting in a recliner with my foot elevated that I launched The Better Baker Club.

If I couldn't bake anymore,  then I was going to talk about baking and share everything that I know.

Because one thing I have learned about myself it is that my passion for baking can’t be squashed by unfortunate experiences. My mission is to help you awaken your inner entrepreneur and show you how starting a bakery can change your life!