If you like a homemade pumpkin pie with your Thanksgiving dinner then you need to try this easy copycat recipe for Costco pumpkin pie. It’s got a creamy texture and a homemade pie crust that is perfect for feeding a large crowd. Pumpkin pie this good isn’t just for Costco members anymore! 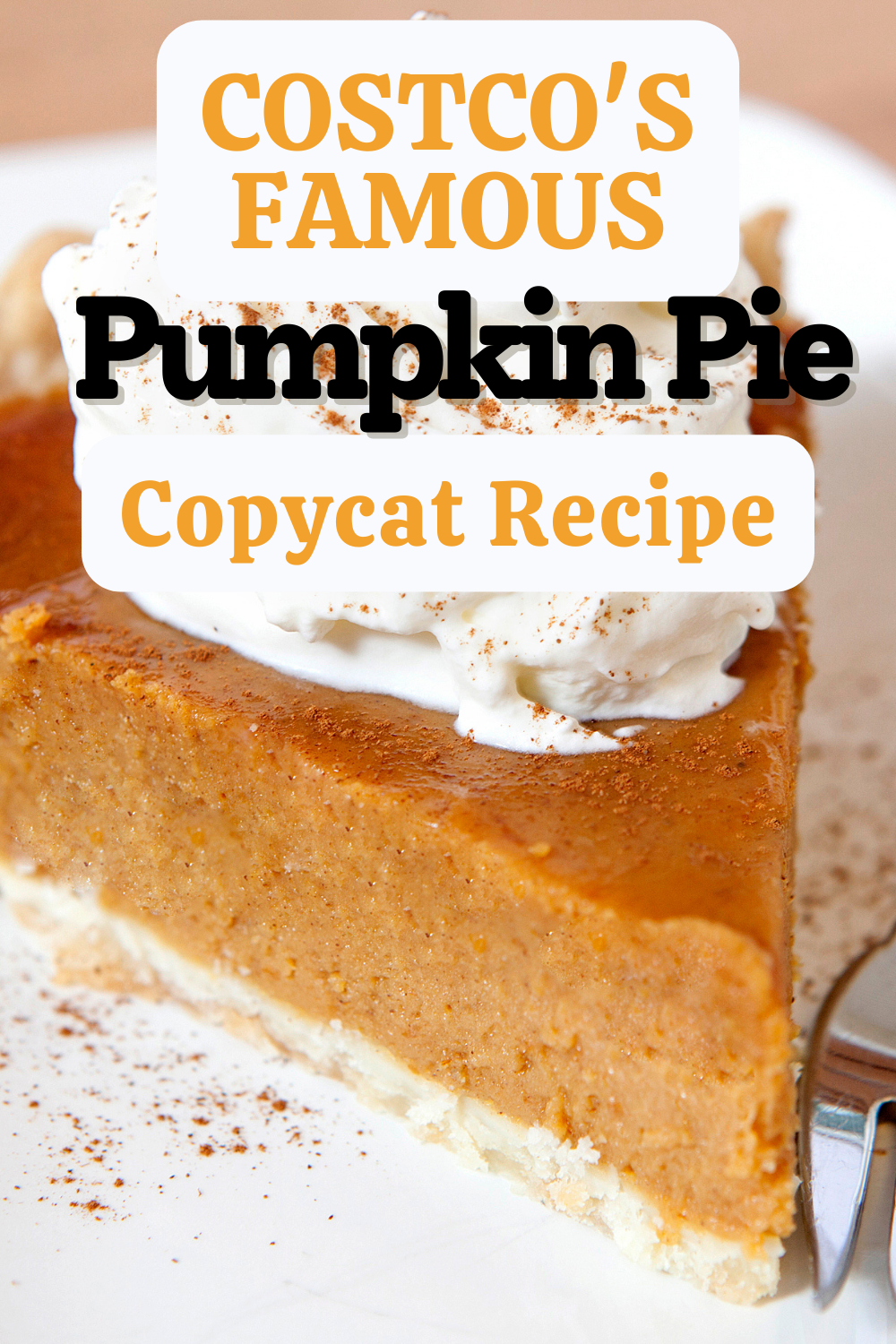 Why is Costco’s pumpkin pie so famous?

Costco is known for its pumpkin pie because of how amazing it tastes! It has inspired many copycat recipes for people wanting to bake their own version of their pumpkin pie.

Costco pumpkin pie is so popular, it even has a social media account! You can find them on Facebook @Costco Pumpkin Pie

According to The Costco Connection, Sue McConnaha, Costco’s VP of bakery operations developed the recipe in 1987. The same recipe has been used for over 30 years. 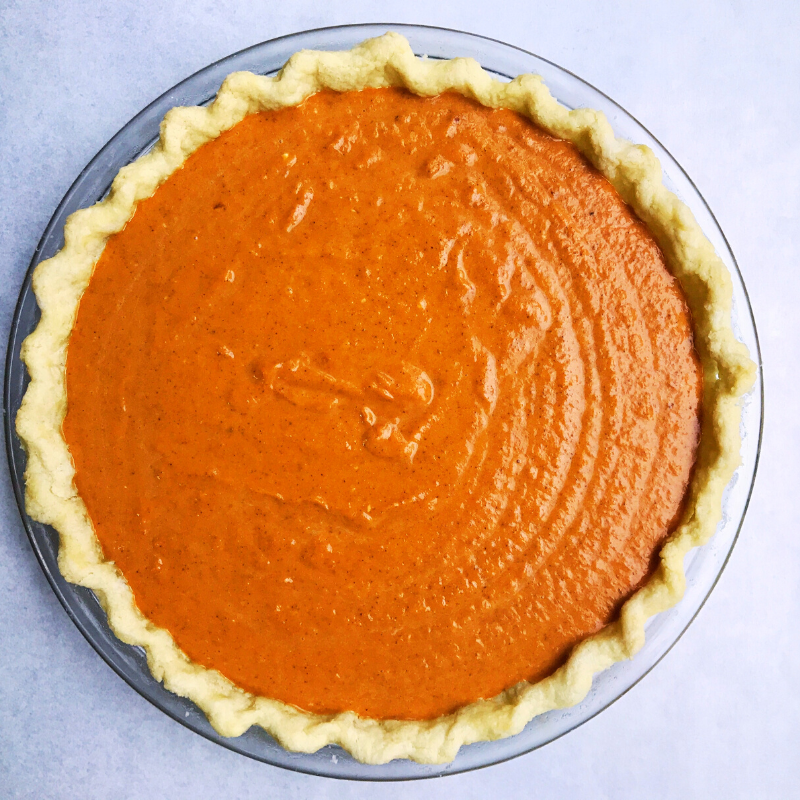 My copycat Costco pumpkin pie recipe uses the same basic ingredients that Costco’s version does. Although we can’t be sure of the exact recipe, trust me when I say…this next level recipe makes the best pumpkin pie! 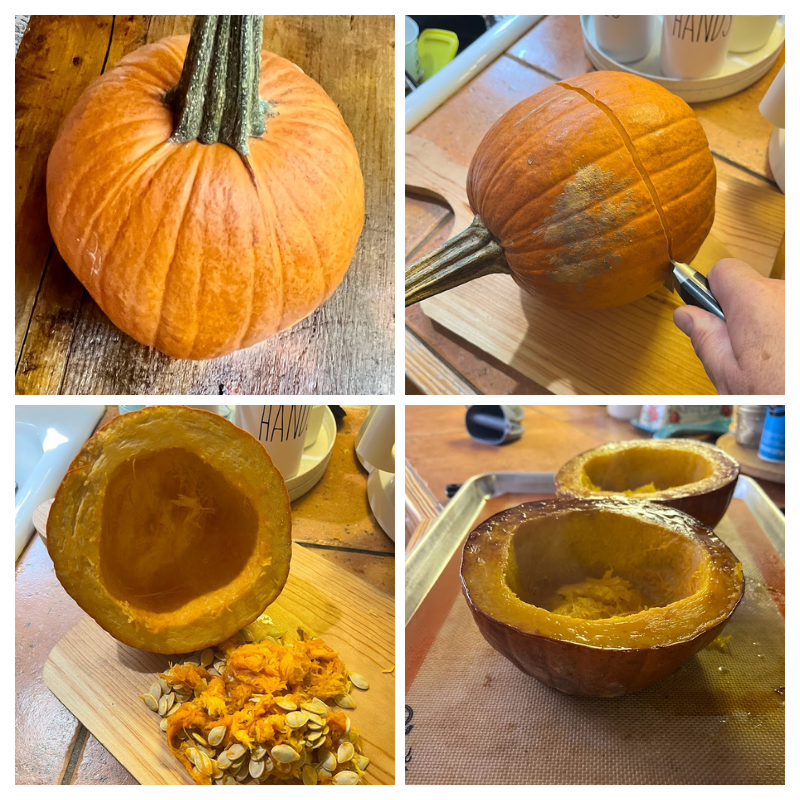 If you don’t want to bake your own pumpkin for the pie filling, you can use a canned pumpkin. Libby’s uses Dickinson pumpkin variety in their pumpkin puree and has the right consistency for my copycat Costco pumpkin pie recipe. 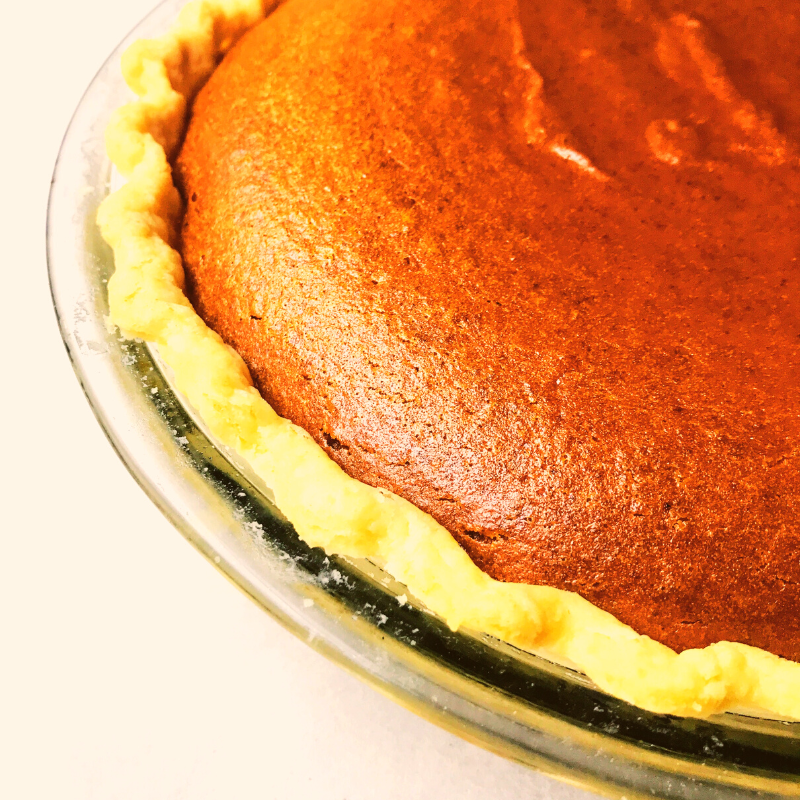 Arguably, the best part of any pumpkin pie is the spiced pumpkin-based custard filling. My Costco copycat pumpkin pie recipe is made from a base of brown sugar-sweetened heavy cream, whole eggs, and extra egg yolks to thicken it.

How to make your own pumpkin pie spice

Before I start my holiday baking, I always mix up a batch of homemade pumpkin pie spice. I use it in so many recipes this time of year.

To make your own pumpkin pie spice, whisk together: 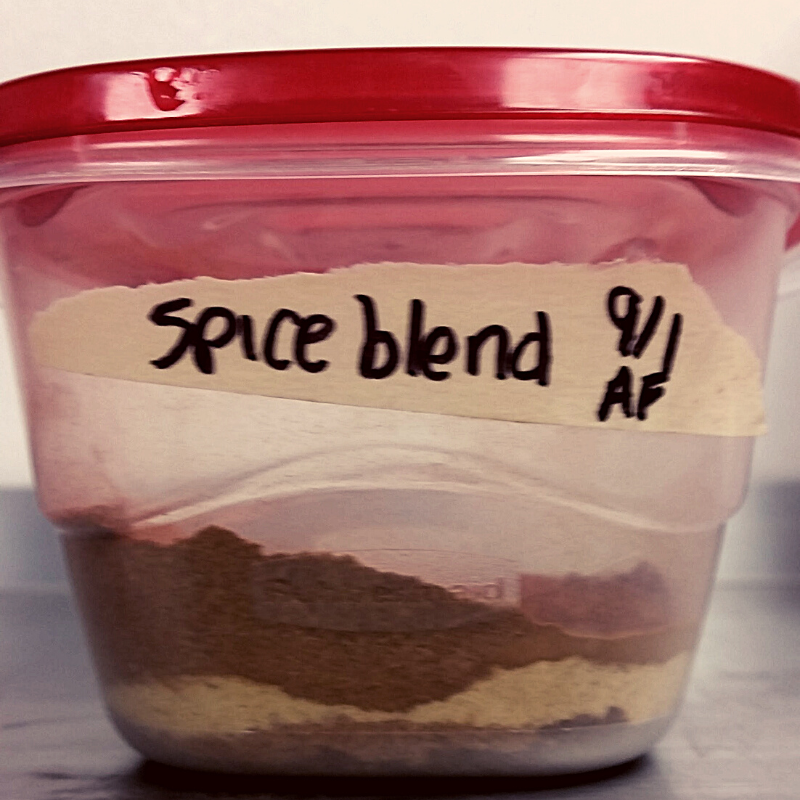 The secret to a flaky pumpkin pie crust is a pre-baked pie crust. Anytime you bake a custard-style pie like this you should blind bake the pie crust. Custard filling has a lot of moisture. If the filling and crust get baked together all that moisture will make the crust soggy. Click here for a step-by-step tutorial on how to pre-bake pie crust.

I’ve tried a lot of pie crust recipes and this one is my all-time favorite pie crust recipe. The combination of mostly butter with a little shortening for texture creates a pie that is both flavorful and flaky.

It’s simple to make in a food processor and makes enough dough to fill a deep dish pie plate and have a little left over for crust decorations. 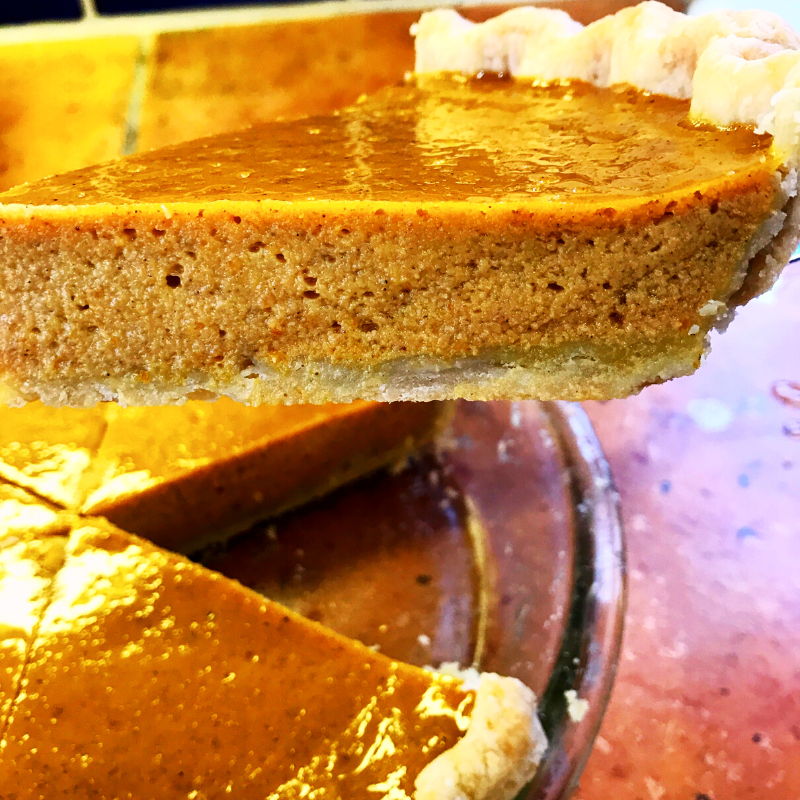 Recipe notes and tips for success 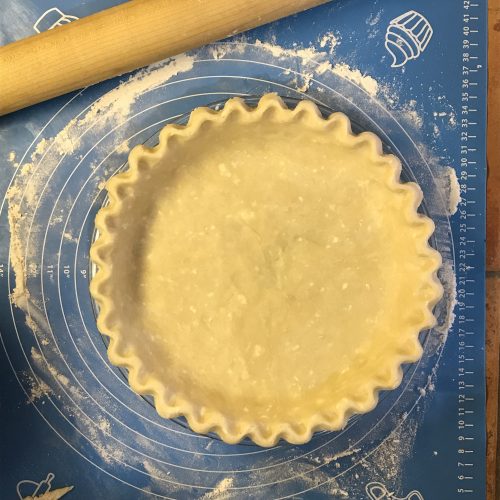 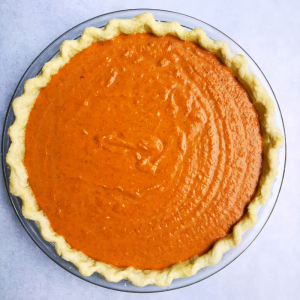 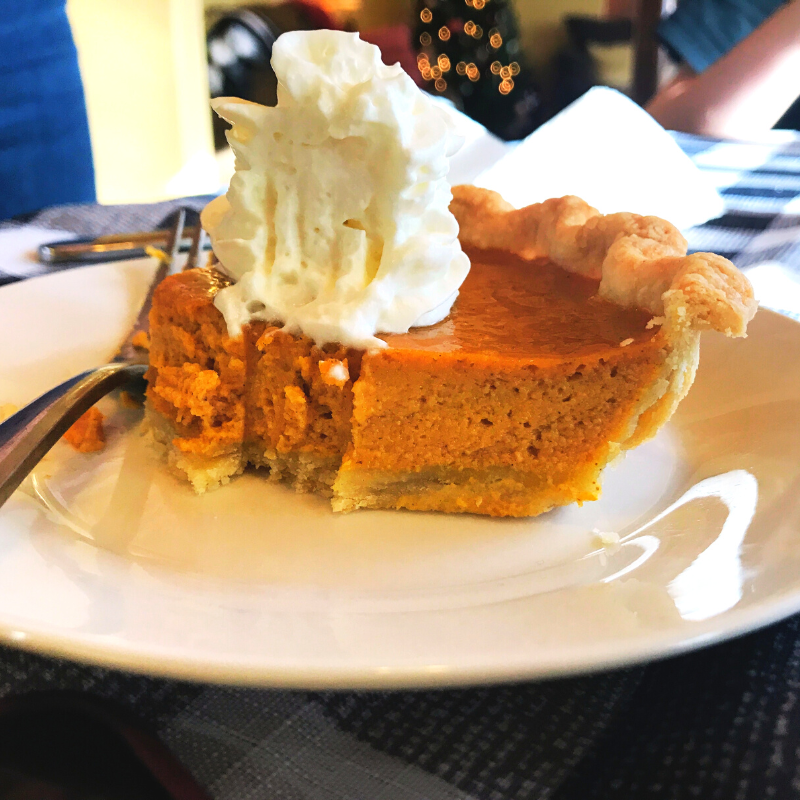 The best pie for the holiday season

If this is your first time baking a Costco-style pumpkin pie, get ready for rave reviews from family and friends. Last year I made this pie for a large family gathering and got so many compliments! My family said it had the most creamy texture and was the best homemade pumpkin pie they had ever tasted!  Who knows, this year I may make one just for myself and eat the whole pie!

Let me know how yours turns out in the comments below!

Check Out My Latest Posts